With double the processing power, models and effects of competitive modeling amplifiers, the Peavey Vypyr 75 Amp dramatically redefines the power and scope of modern guitar amplification. VYPYR amplifiers are based on powerful 32-bit, floating-point SHARC processors that enable highly detailed, accurate modeling as well as vastly enhanced flexibility and features than ever before available in guitar amplification.

Featuring 24 amp channel models–both the clean and distorted channels of 12 popular amps for the first time anywhere–plus 11 editable preamp “stomp box” effects and 11 editable post-amp “rack” effects with dual-parameter control. Players can use up to five effects simultaneously. When used with the optional Peavey Sanpera foot controller, the possibilities further expand from 12 in-amp presets to 400 programmable presets, with an on-board looper and more. The Peavey Vypyr 75 Amp also acts as its own computer audio interface, with a built-in studio-quality USB 2.0 output on most models that is recognized by computers as an audio device. The entire six-model VYPYR Series features the easy-to-use Peavey WYSIWYG (What You See Is What You Get) interface.

Sanpera™ I
The Sanpera I includes an expression pedal for executing volume, wah and pitch shifter functions, plus four momentary feature selector buttons. The Sanpera I is housed in roadworthy and rugged cast-metal casing and features high-quality metal switches.

Order now and pick up in store today, or get speedy delivery to anywhere in the US. All Certified USED items are guaranteed to be functional unless otherwise noted, and are professionally serviced and maintained right here in Lansing, MI by our in house technicians.  Only available at Music Manor! 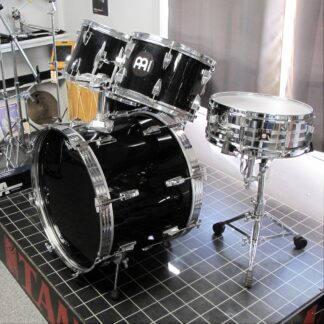